Kids + Pets- How to Help Kids Through Losing a Beloved Pet

My girls have had a dog for as long as they've been alive.

I got Kenzi, our sweet Shit Tzu/Toy Poodle, back in 2005, long before I had kids in my life (or even on the brain, really). Back then, she was my world. There was a pet store at the Dallas Galleria where I would spend oodles of time (and a scarily large portion of my paycheck) on clothes and treats for my 8 pound ball of puppy kisses and energy.

Kenzi saw me through three of my own children and two additional pregnancies. She never took well to the girls, in large part, I think, because they dethroned her as queen. It wasn't until just a few years ago that she stopped barking and squirming when they would pick her up and carry her around the house. And she gave up the fight largely because she was too old to fight back- not so much because she had taken to the girls.

She was declining in health steadily, not uncommon for a 15-year-old dog. At Thanksgiving, we started talking about putting her down and preparing our kids for pet loss. we talked about who would go with us and what it would be like to walk into a place with her and out without her. She had doggy dementia and doggy arthritis. We were aware that she didn't have much life left in her. 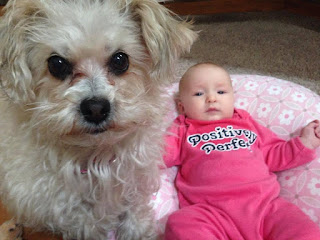 The girls had been through pet loss once before. After a weekend away with her Girl Scout troop, my oldest daughter woke up the morning after we got back to discover her first hamster “forever sleeping” in her cage. After 19 months with my girl, Gingerbread the hamster had moved on to hamster heaven. My daughter was heartbroken.

We talked about what might have happened to the hamster and what she may have done wrong. We concluded, after inspecting that she had had access to adequate food and water that the hamster died of natural causes. This gave us a good opportunity to discuss death with our then 9 year old, which is never easy. We discussed how everything that lives will eventually die and that sometimes there is nothing that can be done to prevent death. We assured her that she didn’t do anything to cause Gingerbread’s death.

We let my oldest paint a rock to serve as her hamster’s headstone next to a tree in our backyard. We buried her in a spot that my oldest can view often and I bought hamster cupcakes to eat and make us smile as we celebrated my daughter’s first pet.

This morning, we woke to discover that our beloved family dog, Kenzi, suffered the same fate. At some point in the night, she took her final breath and crossed the rainbow bridge, as it seems to be commonly referred to day.

After a lot of tears and a last minute decision to pivot to virtual learning for the day, the girls and I sat down and talked about our favorite memories of our dog. We looked through photos on my phone and on Facebook and watched a few videos of her in her prime. We discussed how my oldest's first word was dog because of our Kenzi and how her first phrase was "No barking dog!" because, in her prime, our dog was lively creature capable of generating a lot of noise despite her slight stature. We plan to have cake pops later to cheers our girl, and will bury her in our backyard this weekend, alongside my oldest's second hamster, who passed away yesterday (how's that for ironic?). We will paint rocks to commemorate their resting spots in our backyard. I'm sure there will be lots more tears before all is said and done.
I've spent some time this morning researching pet loss and kids, and I have compiled a few resources here, meant to help people like me who are navigating the loss of a beloved furry friend like we are. Because whether you know the end is near or the loss is sudden and unexpected, death is never easy, especially for young kids. 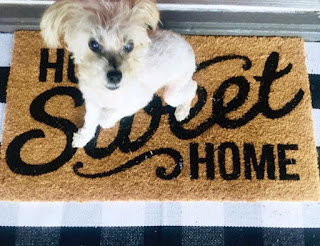 Resources for Talking to Kids about Pet Loss
Here is a great article from the New York Times featuring books about pet loss.
Not sure if a "pet funeral" or eulogy is beneficial or silly? This article helped me understand that this is an important part of the healing process.
I wanted to come up with some ways we can memorialize our beloved pup to help the girls remember her forever. This article has some great ideas.
What did you do to commemorate a furry friend after he or she crossed the rainbow bridge?
Posted by Mommy of three at 12:10 PM

It's November. And Zulily, one of my favorite online retailers whom I write for, just did an article about how women run the holidays in... 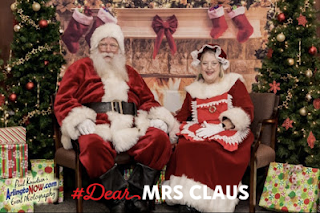